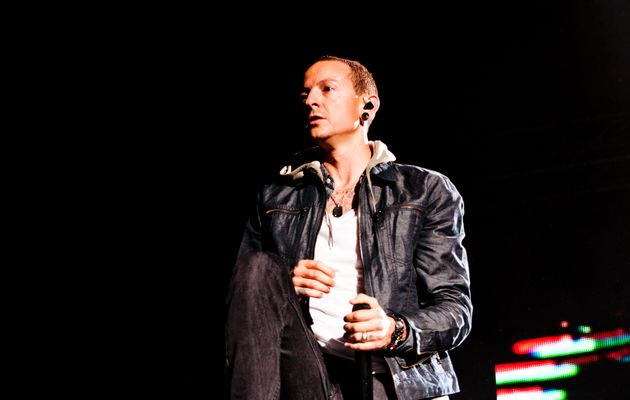 My most sincere and humble apologies are in order. I take back everything negative I have ever said about Linkin Park.

When news of the band’s South African tour was released, I frivolously posted on Twitter and Facebook ‘Hmmm, Linkin Park, eh? Six years too late methinks…’

I was under the very deluded suspicion that they may be too stale, irrelevant and quite boring after a few ‘meh’ albums, and what seemed like an even more ‘meh’ latest one.

Experiencing Linkin Park’s Living Things tour live at Johannesburg’s Soccer City on Saturday night was a perception-changing concert, which will forever leave me in awe.

Getting the technicalities out of the way, the sound was far from perfect. It seemed like some speakers cut out towards the end and the sound was muffled for a while, but it didn’t detract from what was one of the most beautiful performances I have seen in a while.

Linkin Park, a sterling band from my high school years, was groundbreaking in their mix of hip hop and rock, amalgamating the two styles seamlessly into one ambitious sub-genre that spawned a somewhat cult following.

The vocal interplay of the explosive duo made up of melodic screamer Chester Bennington and rapper Mike Shinoda was mesmerising.

Hybrid Theory and Meteora brought a blend of alternative metal and what is known as ‘rap rock’, as well as electronica. It was risky in a world that seems to accept easily packaged paint-by-numbers music.

Songs like Crawling, One Step Closer, Breaking the Habit and Numb rocked my world with their raw energy. But it kind of fizzled out from there. Collaborating with Jay-Z on Collision Course seemed like a pretty cool but cheap gimmick.

The mediocre but entertaining Minutes to Midnight barely featured on my playlist, bar one or two singles. I forgot A Thousand Suns existed until I heard someone talking about it a few days ago.

I honestly thought Linkin Park was dead. Not anymore. This band showed on Saturday that they still have it.

Their stage presence was larger than life, with Bennington and Shinoda taking the entire stage and making it their playground. Drummer Rob Bourdon, guitarist Brad Delson, bassist Dave Farrell and DJ Joe Hahn are no wilting flowers, with their collective sounds and energies filling up Soccer City with madness.

The performance was exactly how 16-year-old me had envisioned – vigorous, manic, angry and nothing short of slick. With old hits being reanimated from What I’ve Done and my favourite In The End, to new songs coming to life like Lies Greed Misery, it was magic.

Shadow of the Day from Minutes to Midnight rekindled my love for Linkin Park’s musicality, which waned after a while. The acoustic opening giving way to the fury of the full band left everyone with a lump in their throats as lighters and cellphones lit up the stadium like thousands of stars.

Something special happened then. The rest of the world must have fallen silent while Soccer City raised their voices to the stunning rendition of an otherwise average song.

I had almost forgotten how talented they are, with the musicality gripping my ears and pulling me closer with their flawless harmonies and onstage relationship making every note come together like a watertight orchestra of electronic rock.

The subtle and masterful inclusion of Beastie Boys’ hit song Sabotage was a great and fitting tribute to the late Adam Yauch who died earlier this year after a long battle with cancer. ‘

I felt it was a respectful way of saying farewell to the great MCA. It brought a tear to my eye.

Ending off with their best and most favourite hits, Linkin Park proved why they’re still around; the performance was captivating, polished, energetic and just plain brilliant.

It even brought me to re-examining my earlier thoughts on Living Things, and I realise now that I judged it too harshly. Since hearing it live, it’s actually a great album.

Aside from the unsurpassable U2 360 Tour, Linkin Park’s audience was by far the most energetic I’ve seen since Metallica in 2006. From start to finish, there was never a moment where people did anything other than dance, sing and rock the hell out.

Feet sore and neck leaning to one side from headbanging, I doubt anyone who was there will forget that night.

Exhilarating and perfect, Linkin Park left us wanting more, and has now set a very, very high standard for future touring bands to live up to.

Oh, and Kongos opened for them. They were rad too. Sorry boys.