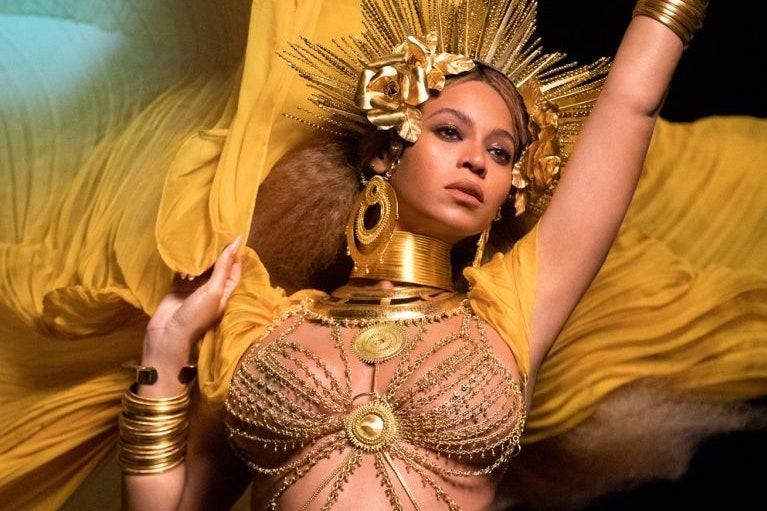 It was all very warm, fuzzy, and sweet when Adele apparently pulled a Mean Girls move on Queen Bey at the Grammys on Sunday night. In typical benevolent white lady fashion, she seemingly broke her trophy in two to give a piece to Beyoncé, who everyone – critics and musicians alike – thinks deserved the coveted award for Album of the Year. This included Adele herself.

Adele spoke to the press after receiving the award and said: “I spoke to [Beyoncé] before just to let her know how honoured and privileged I felt to be nominated alongside her, and we spoke afterwards as well and she was very gracious and humble, as always, as we’ve come to expect. And the reason I felt the need to say something is because my album of the year is Lemonade. She is my icon [sic] of my whole life.”

She felt compelled to give Beyoncé her due because of how blown away she was by Lemonade – and by the fact that the Queen has never won the top prize. “I felt like it was her time to win,” she said. “What the fuck does she have to do to win Album of the Year? That’s how I feel.”

What Beyoncé has to do to win Album of the Year at the Grammys is be white and feel sorry for herself, instead of being the fierce black woman she is.

Bey’s Lemonade was hailed for its incredible breadth and artistry. Not only did the Queen slay in terms of subject matter, but she transcended every genre to create a sonically adventurous masterpiece. The album included the talents of James Blake, Jack White, The Weeknd, and Kendrick Lamar. Lemonade got everybody talking and turning “Becky with the good hair” into memes. Its visual aspect thrilled every single time we hit play, celebrating the Queen in middle-fingers-up mode.

As if the album itself wasn’t enough, pregnancy didn’t even prevent Beyoncé from reminding all of us why she is Queen. At the ceremony, she performed as if the world was hers and the rest of us are merely borrowing it. Her effortless movement through each song made her baby belly even more prominent and beautiful. It was nothing but power; nothing short of magic.

But the old-fart-ridden Recording Academy votes for Adele’s 25. Hello from the other side, indeed.

Not that Adele isn’t talented or anything. She’s got a voice on her, no doubt. But this is now her second album of whiney self-loathing that sounds like 21 and is a predictable mess of tear-drenched mascara.

The past three years have seen albums by white artists winning over albums by black artists for this category, even though the black artist had made an album with far greater social and musical relevance. Beck’s Morning Phase beat Beyoncé’s Beyoncé in 2015, in a move that caused Kanye West to publicly proclaim that the Queen had been robbed. Last year, Taylor Swift’s 1989 was chosen over Kendrick Lamar’s To Pimp a Butterfly.

Perhaps it isn’t racism. Perhaps it’s bigger than that. All three – Beck, Taylor Swift, and Adele – were chosen over the revolutionary competition because they’re safe. The Recording Academy is made up of people who may not have been in the recording industry for decades because when you’re in, you’re in. And to those who choose in the main categories, Lemonade was perhaps a little bit too spicy for their taste.

Yes, Adele wasn’t aiming to make a political album – she made an album about love in all its forms and it was pretty and stuff.

However, as a social commentary about what it means to be a black woman in America right now, Beyoncé not only hits the nail on the head but does it powerfully.

And maybe that is what the Recording Academy is scared of.

Black women stating what the world is like at the moment for them is – well – shit. Lemonade is a socially and culturally relevant work that will be studied in music history as a game-changer.

It did win for Best Urban Contemporary album, though – basically the Grammys saying to Queen Bey that she done good … for a black person. Make of that what you will.