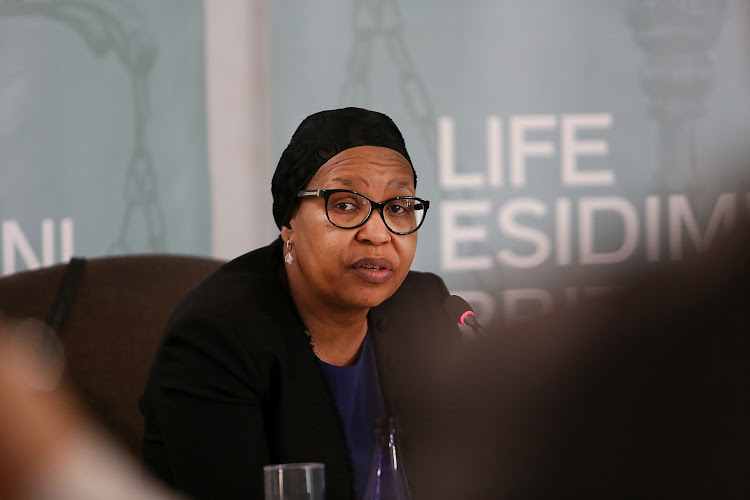 There’s an oppressive nature about the heat in Atteridgeville as we drive in on Wednesday afternoon. It’s dry and dense, and opening a window is like an assault on the lungs with the smell of decay mixed with fumes from broken-down taxis.

As we walk into the yard of what used to be Precious Angels, a so-called NGO that housed former patients from Life Esidimeni, the rancid smell of death hangs in the air. This is the place where 20 patients reportedly died.

Health Ombudsman Professor Malegapuru Makgoba says the death toll of mentally ill patients who were transferred from Life Esidimeni to unlicensed NGOs is now above 100 and will continue to rise.

Makgoba told Parliament’s portfolio committee on health on Wednesday that his office is still receiving data from the public since his report was published on 1 February.

“I can say to this committee that we are still collating more data that is coming in of deaths. I am quite confident that the figure is now above 100 deaths as we speak.”

At the former NGO in Atteridgeville, the new tenants are moved in, and the doors are wide open. Women in their nightdresses come to the door to let us in. It’s not a shelter. It’s an old house. Barely three bedrooms, with a small lounge and dining area, the place is sparsely dotted with random pieces of furniture and belongings. “We moved in a few days ago,” says one of the women. “The previous tenants was the NGO; The one like on the news.”

“We don’t know what was going on here. You can speak to the people who left.” She gives us an address and cell number, but she seems reluctant to speak. She won’t tell us who her landlord is. The other woman at the table says: “The Precious Angels moved. You can try the people in the area. Maybe they know more.”

We thank them for their hospitality and go next door. A middle-aged woman shouts from her door that she knows nothing and tells us to go away. The other neighbour – an elderly man – says we must not ask such things. “It’s none of our business,” he says sharply before abruptly leaving us. After a few tries, one woman says she can tell us some things.

“The people there, ey! They were very sick. Lots of people. Maybe 20 or so. And we could hear them screaming. Ayay! So much screaming … Like they were dying.” She speaks in English to us, and turns to who we assume is her granddaughter, telling her in Tswana not to worry about what she’s saying. There is a look of sadness on the woman’s face, and we can tell that she knows more. But she shakes her head and turns toward her door. I stop with the questions.

As we leave to find the new location of the NGO, I muddle over the questions I planned to ask them, but the only one popping up in my mind is: “How do you sleep at night knowing you have blood on your hands?”

We drive to a petrol station, and I start making small talk with the woman behind the counter at the bakery. She seems to be more informed than the others in the area. I ask her about the so-called NGO.

Driving to the address we were given, we try calling the number, just to make sure. It’s going straight to voicemail. As we pull up at the address, we see physically disabled children being buckled into car seats. We speak to one of the sisters, who says that they don’t know about Precious Angels. She’s sweet and her voice is soothing – perfect for a caregiver – and she treats the child in her arms with tenderness.

“We don’t know. This is an aftercare for the children,” she says. The driver says that there has never been a mental home in Atteridgeville, and she has lived there since she was in school.

There is something bizarre about the way people react to us not only being there but asking all the questions we’re asking. It seems like the town is either covering something up or genuinely doesn’t know what happened. I am leaning toward the latter as I look around and see passers-by look at the disabled children with smiles and a nod toward the sisters taking care of them. There is respect there. You can feel it in their gaze.

But the reactions of the neighbours and the woman at the petrol station just add layers of complexity to an already perplexing situation.

As we drive out of the town, more questions spring to mind as we realise there is far more to this tragedy.

The Health Ombudsman’s report tells the story of Freddie Collitz, a 61-year-old man who died at the Mosego Home. He was admitted for depression – an illness that isn’t too difficult to manage by mental health professional standards – but he died shortly after being moved to the NGO.

His wife Marie said she was not informed of his death, instead being told that he was merely asleep. The family wasn’t allowed to bring him clothes or visit him inside the facility, being told to stand on the balcony when visiting. When Collitz’s son insisted on carrying him inside, it was found that there was no bedding. His pants were tied with old shoelaces. He was given rotten bread and porridge to eat, and only one pill was administered by the caregivers, who knew nothing about his medication.

At the Lepeng NGO, there was a break-in – something that could trigger and push the mentally ill over the edge. It was found that a patient called “Billy Moboe” was “dumped” at the Bophelong Suurman NGO and died at Jubilee Hospital. One patient at another NGO went two weeks without their essential medication.

It was found that not only was the care given at these NGOs of an inferior standard, but the patients died of dehydration, malnutrition, and general negligence.

This is unacceptable. We need to hold the NGOs and the former Gauteng health MEC to account – and soon – before all traces of the people who once lived in these conditions disappear, and nobody is able to give any answers.