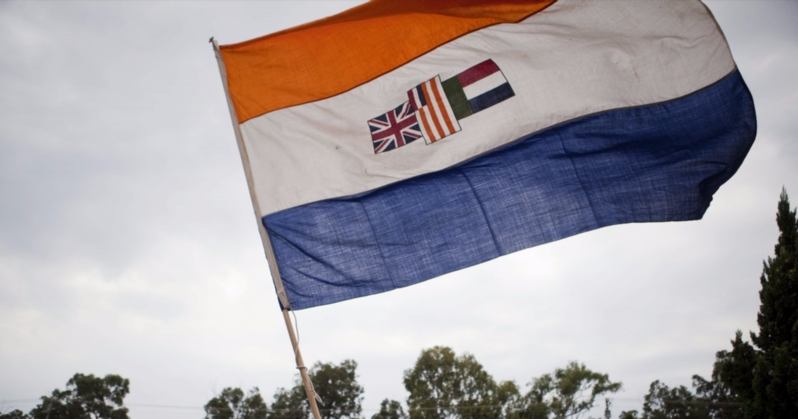 Like all malignant things, racism needs space and time to grow in society. And in South Africa, even 23 years into our democracy, racism is thriving. On social media, we see some subtly racist posts and sometimes, an overt one or two. But by and large, the bulk of racism lies beneath the surface of Instagram holiday posts and happy birthdays on Facebook walls. The majority of racist sentiments are voiced when the people saying them are in a space where they won’t be judged or called out. Today, there has been a call to wear black in solidarity with farmers in South Africa, who claim that there are approximately 50 white farmers killed in the country per day.

The issue of farm murders is a highly politicised one, and this rate has been used by many apartheid apologists and supporters as evidence that South Africa’s white minority is facing oppression, sometimes even calling it genocide. While sentiments like this are common, and usually get eye-rolls from the general public, some honestly believe that the white population in South Africa has been under siege since democracy was achieved in 1994. In fact, the South African police reported that a total of 49 people were murdered in farm attacks in 2015/16. The current statistic has not yet been made public.

The local fact-checking organisation, Africa Check, says it is nearly impossible to accurately calculate the number of farm murders. Part of the reason is that the South African Police Service has no crime category called “farm attack” or “farm murder”. There are many other reasons for the difficulty in calculating the numbers, which can be found in the report, but the fact is that the protest against farm murders is based on highly dubious grounds. The issue of violent crime in South Africa is all too real, and we don’t need the fear-mongering that comes with protests like these. To top it off, protesters today were brandishing the old South African flag; the symbol of apartheid and an age of white supremacy that we would very much like to overcome.

The flying of this flag is not only reminiscent of a time where people of colour were discriminated against but a time where the idea of white supremacy was encouraged and celebrated – a time where racism flourished and was something to be proud of. The reason this show of support for these old values can happen is that very few people within these communities will call it out as racist, and allow it to continue happening. It is a blatant display of underlying racism that has been suppressed by our country’s new laws and younger, progressive attitudes that frown upon in public spaces on a day-to-day basis.

This shows that the people flying it are comfortable to be racist within their own circles and it is not just a comfort zone where racism is allowed; it’s a space where it’s fortified. The acceptance of racism within these groups emboldens those involved to make displays such as this.

Protesting in this way against farm murders is inherently about protecting Whiteness. The fact that the majority of farmers in South Africa are white in a majority black country is a testament to our structural inequality that is borne out of our painful history. It is also notable that the majority of the crimes occurring in South Africa affect its black population. This protest is a diversion of attention away from the real issues that South Africa faces, taking attention away from the severity of the crimes against black people and focusing the attention back to white people.

In a post on Facebook late last week, two young women sent a video to a WhatsApp group that was meant for their white friends only. In the video, the women scream: “A k*ffir stole my phone!” The women in the video then say: “Don’t let Zenani hear this.” (Zenani obviously being their token black friend whom they probably use as their reason for not being racist: “I’m not racist; I have a black friend!”) The people around them are unfazed by their rantings, and allow them to continue because whiteness allows for it. The post has since been removed from social media, but the point is the same.

White people are – by and large – still okay with racist sentiments, and their whiteness protects and allows racism in all its forms, be it in displaying a flag or a drunken video.