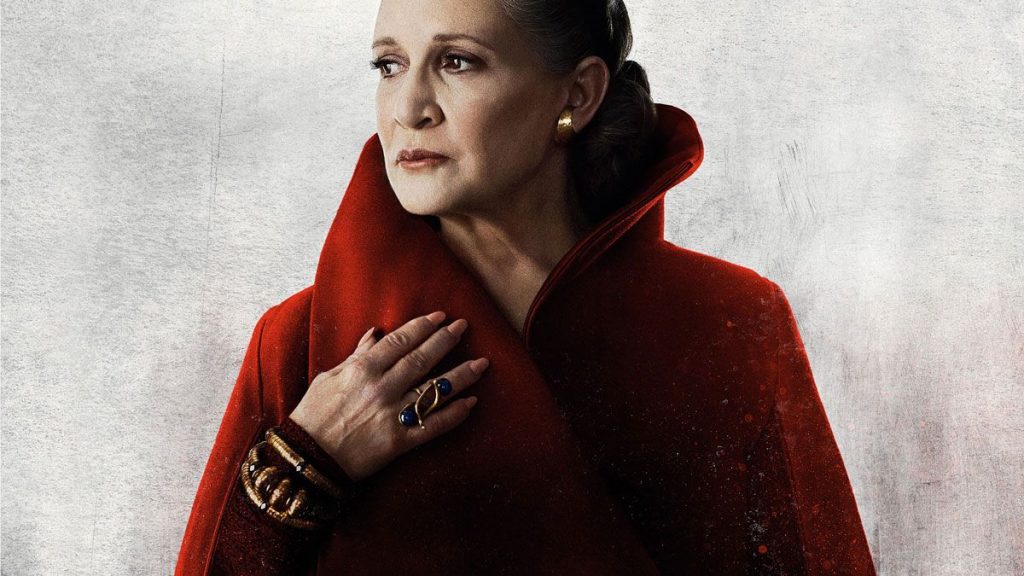 It’s been almost a month since Star Wars Episode VIII: The Last Jedi was released, so if you haven’t watched it yet, I feel sorry for you. There are spoilers. Duh.

Let’s start with this era’s Han Solo; Poe Dameron. He’s good-looking, suave, and ever ready to “hop in an X-Wing and blow something up”. He’s the bravery and charm everyone loved in Han. Except Han Solo was a man’s man. A typical bad boy and a reluctant hero who was the ultimate dude that every man wanted to be and all the women wanted to be with. Poe, in all his sleepy-faced adorability, is the poster boy for masculinity that every cool guy is allowed to get away with.

Except, he isn’t getting away with it this time.

In his very first interaction with General Organa in this film, he’s demoted. Poe gets told to stand down many times, and his mansplaining gets shut down by both Organa and Vice-Admiral Holdo. Even Brad with the good hair can sometimes be left out of critical planning and strategy carried out by women.

That’s not to say poor Poe isn’t still a nice guy. I mean, he’s likeable and relatable on many levels. But the film does very well to show why he’s not a leader in the resistance and why he probably needs to start growing the hell up before he does become one.

Instead of deifying his heroic machismo and hyper-masculinity in wanting to save the world by blowing stuff up, the film firmly sides with Leia and Holdo in their slow and measured manner of waiting things out.

In Holdo sacrificing herself, Leia tells Poe that “she cared more about protecting the light than seeming like a hero”. It was the moment the film built up to; a rejection and subversion of the tired narrative of the alpha male being the hero, and a kick in the nuts to every geek fawning over all those brainless bravado stunts that barely got the golden trio of the first three movies out alive.

No, dudes. Jumping into an X-wing and blowing stuff up is really not the only solution.

The Last Jedi holds its men to much higher standards than the franchise has ever done before and subtly chastises them for not being able to healthily deal with their emotions.

Luke Skywalker – whiney, lonely Luke, waiting his days out because he screwed up – runs away to a remote island, abandoning his family and fight because he can’t face his failure. He ignores and then chides Rey for her belief in him (which, to be fair, is pretty darn accurate) because he doesn’t want to come to grips with his role in creating Kylo Ren. He says to Rey: “Why did you think I chose the hardest location to find in the entire galaxy?

I came to this island to die.” He would rather die than face his demons. And then when he does, while it’s admittedly a pretty badass scene, he’s not even there.

For Kylo Ren, his toxicity comes from not being able to deal with Luke’s betrayal or the fact that he murdered his father. He cannot face the things he has done and would rather kill his master and try to take over the galaxy (as one does) than face his own inadequacies and be held accountable for his actions. He and his followers are the epitomai of the Tiki torch-bearing neo-Nazi who knows that the world holds what Darth Vader did as abominable but still dive headfirst into the wrong side of history due to a toxic mix of emasculation and inevitable equality feeling much like oppression. Boo-effing-hoo.

However fun it is to mock Kylo Ren (and those men marching with Tiki torches), it doesn’t detract from his power; he is scary because he reminds us of these real-world men whose anger and frustration have caused them to seek further oppression at those they perceive to have taken what they think they solely deserve.

Basically, hypertoxic masculinity is the true villain in this episode, and the fanboys who wish to hold on to the old narratives need to sit down. Because this is a new era, where women are no longer going to be left behind as plot devices and love interests. It is telling that the old guard wants The Last Jedi stripped from the canon because it’s the first film where we see real women come to the fore and not only take control, but strip away the smoke and mirrors of men’s bravado as being just that. (Don’t get me started on how a chubby Asian woman – to whom many young girls can relate – saves Finn from certain death.)

You guys are no longer getting away with mediocrity.