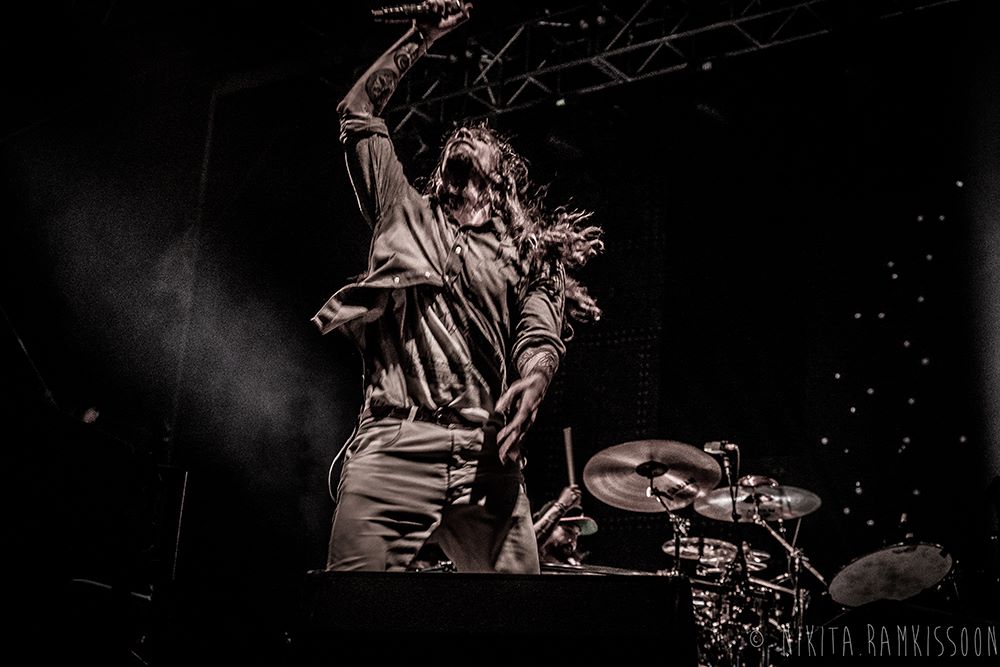 It’s been a long time coming for rock band Incubus to tour South Africa, and Saturday saw Pretoria get a taste of the magic that has enthralled fans for just under 30 years. While the opening acts played on stage at the Voortrekker Monument, Ben Kenney, Incubus’s bassist, talked to us about the most recent tour.

“It’s been insane,” Kenney says. “We’ve flown 14 flights in 21 days to this point so it’s a lot of travelling but the concerts have been great.” He says the band has, on this tour, been to a lot of new places. “We got to go to India for the first time and now South Africa … those are huge milestones for us.”

Kenney, who has been with the band since 2003, didn’t really grasp what it was to have fans in the far-flung places of the world. “It’s hard to really understand what it means and to fully soak it in and it’s a great thing that people scattered in all corners of the world are loving our music. I don’t think you can ask for anything more than that.”

The band began in 1991, of which lead singer Brandon Boyd says that sometimes it sometimes feels like it’s passed by so fast and sometimes it feels like 200 years ago but it always feels like “… I listen to the music and I can feel where we were when we wrote that song”.  He says he had no idea it would last a month let alone 27 years.

Kenney joined the band more than 10 years into their career, but he says it was easy and comfortable. “That’s why it worked because I felt like I knew everybody and as I got to spend more time with them there was no learning curve.”

However, being in one of the world’s biggest rock bands doesn’t come without its disappointments. “We don’t have time to get into anything other than the task at hand while on tour,” Kenney says. “At least in South Africa, we’re hanging around for a bit with the exhibition in Cape Town but it would be awesome to jump into the studio all over the world – the opportunity hasn’t presented itself yet.”

Boyd is doing a solo art exhibition in Cape Town, which runs to 3 March at Gallery One 11 on Loop Street, but said was most looking forward to playing live.

Kenney, who has his hoodie up all the time, says the band have made it work for 27 years by keeping it organic. “Every song comes about in a different way.

“There are five creative guys in a room who try to make stuff each song ends up sounding different because it starts out as a different process and a different life before it’s done. It’s hard to quantify why that is but it’s the chemistry.”

“So we’re drawing from different reference points — not only sonically, but culturally and visually and artistically, and Incubus has been this place where we can let all of them have their day.”

Kenney says the band is lucky that they get little reminders here and there of how ridiculously rare and impossible it is to end up where they are “and that makes you appreciate it and you do anything to keep it alive”. He says this doesn’t happen to people, especially not now because rock bands used to exist more commonly but it’s kind of a thing of the past. “We try treat it with the respect that it deserves because it’s like getting struck by lightning three times in the same spot … It’s kinda impossible.”

Cape Town can look forward to a host of hits, as well as some new songs off the latest album, 8. We won’t give you any spoilers, but let’s say you won’t be disappointed. Kenney says rock music is still alive, and that’s what matters.

“Genres themselves are ceasing to exist more and more,” Kenney says, adding that it’s like rock n roll in the traditional sense has been around the track a lot and it’s come around looking the same as five laps before due to rehashing, and that’s cool. Innovation has slowed and it shows in what’s on the radio.

“But it will never die, that’s for sure. Jazz isn’t dead. As long as people play and listen it’s alive.”