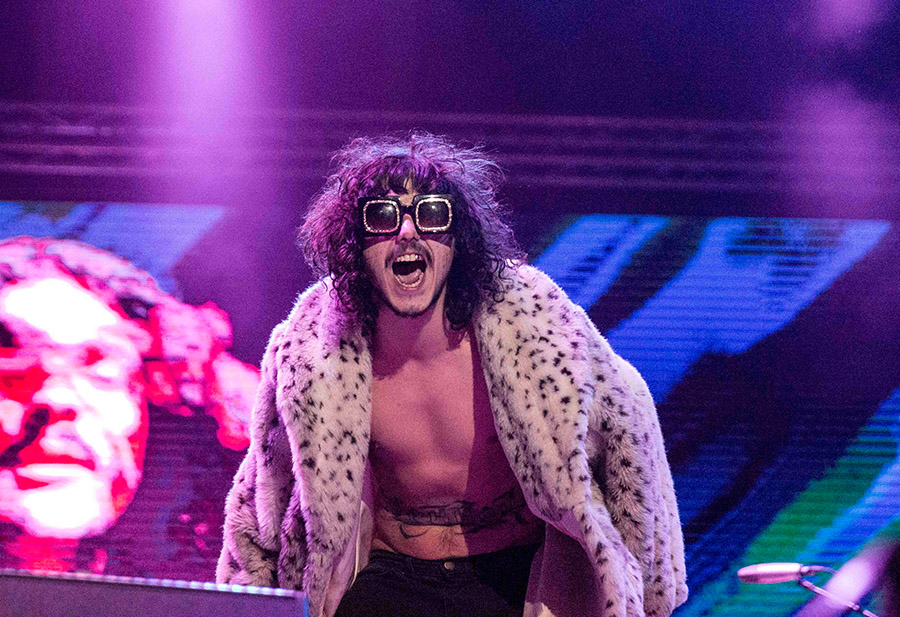 Earlier this year, South Africa’s #MeToo movement started to gain traction in calling out leaders in civil society on sexual assault and subsequent cover-ups. It began a shift in the way in which we think about the issues of covering up gender-based violence in the public sphere. In the months since, the conversation around gender equality in the music industry has been raised and continues. Nas will be performing with Lauren Hill in South Africa next year, but women are not taking it after it was revealed that he abused ex-wife Kelis.

However, women still remain the antagonists when it comes to exposing abuse, and there’s still uncertainty as to how we should be dealing with abusers, as is proven by Rocking the Daisies and In the City promoting a lineup with Sydney band Sticky Fingers, who had taken an indefinite hiatus after being accused of threatening and verbally abusing musicians of colour, returned to the spotlight. Frontman Dylan Frost has been accused of gender- and race-based violence toward indigenous Australian musician Thelma Plum.

Following the hiatus, however, it doesn’t seem Frost has done any soul-searching and was kicked out of a popular pub in Sydney after he abused Australian model and writer, Alexandra V. Tanygina. In both instances, Frost claimed that the women started the altercations.

In an interview with The Hack, Frost avoided questions and eventually, when pressed, admitted he had “gotten [himself] into situations, under the influence, where people have kind of thought these things.” He went on to say: “I guess I am sorry for making people feel that way … on that night,” he finished. Hack host Tom Tilley then asked the band to elaborate on an alleged violent incident at the end of 2016 with Plum, to which Frost responded: “I guess I’ve made other people feel intimidated by me.”

The most damning comment was Frost saying “boys will be boys”, when questioned about his allegedly violent past. When pushed for clarification from Tilley, Frost unrepentantly replied: “Shit happens, man”.

The band has since been dropped from many festivals, and have cancelled appearances due to public backlash. And some question the validity of these accusations as they’ve never gone to court. The question is, how can we legitimately fight against racial and gender-based abuse when we demand nothing from the accused and oodles of ‘proof’ from accusers?

In light of the band’s (mostly) unquestioned comeback, questions have been raised: Is #MeToo just a hashtag? Do we believe and support all survivors? Or do we reserve criticism for those who aren’t our faves?

“Boys will be boys” is a phrase that is emblematic of the dark and toxic masculinity problem we have in the music industry, and it’s always the perpetrators – blind to the harm of their actions – that seem to peddle the dangerous rhetoric: “Can’t blame me for [insert pretty much anything], boys will be boys.”

Strangely enough, it is often the same men who scream bloody murder when women supposedly tar all men with the same brush by speaking openly about the harmful nature of toxic masculinity, or the severely high rates of domestic violence or sexual assault by men. “Not all men!” they rage, while simultaneously excusing bad behaviour by saying that they are simply being men, because “boys will be boys.”

Yeah, it isn’t a smart move on Sticky Fingers’ part, but it’s even more ridiculous to repeat it three times in an interview that is supposed to show that you’ve attempted to turn a new leaf in response to extremely serious allegations. Not only have they done the bare minimum to learn about the harmful nature of toxic masculinity, but they still wholeheartedly celebrate it.

Whether or not they make good music is irrelevant. The issue at hand has nothing to do with their art, but rather their behaviour and the wider context of what accepting these types of transgressions say about us as both a society and industry. This conversation is much bigger than Sticky Fingers. We have entered a time of social change: one where musicians are no longer given free passes because of their status. Gone are the days when rock stars are glorified for their debauchery (read: misogyny), and simply allowing bands like these to return after a hiatus, wrongdoings forgotten, is taking a massive step backwards.

To ignore this kind of behaviour because you want to listen to their music without feeling guilty is lazy. Every time you stream Sticky Fingers’ music, buy their album, and purchase tickets to their gigs, you are essentially supporting their actions. You’re saying, “It’s okay to treat others terribly because your music excuses your actions”. If we can’t hold musicians accountable for their actions, how can we expect to move forward? How can women and people of colour feel safe and respected in crowds if those onstage flaunt sexist and racist behaviour? Patrons are expected to adhere to a standard of behaviour, so why don’t the same standards extend to those onstage?

We need to be better humans. And if that means boycotting our beloved festivals should they refuse to cancel these acts, so be it. Daisies, you done fucked up. Now fix it.