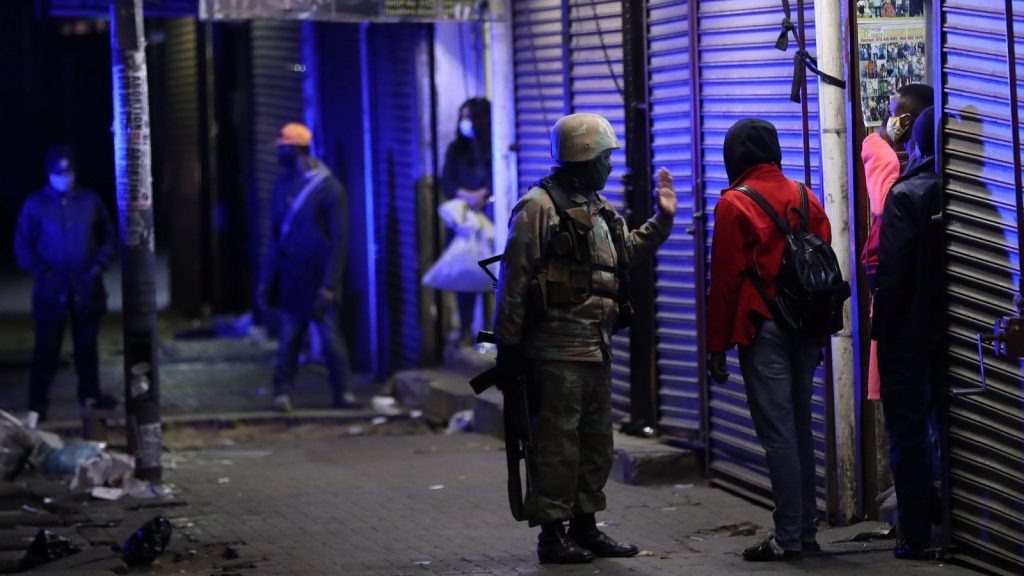 I left home early this year, thermals at the ready, to face the biting cold of Sweden. Coming in with my thin Durban skin to two feet of snow on a good day, I was prepared for a trip to see the Northern Lights, swimming in the freezing Arctic Ocean, and discovering the wonders of IKEA and its meatballs. But as the virus took hold of Europe, my Swedish adventure came to a grinding halt and us South Africans in this tiny town east of Gothenberg huddled around our computers watching eNCA‘s live streams of President Cyril Ramaphosa addressing the nation. I have never felt further away from home.

We knew the politics of what would happen as the first infections started spreading. The poorest would be hit the hardest. Lockdown would mean chaos in townships. The rich would have their treadmills, sourdough recipes passed down from generation to generation, and Netflix for days. The poor would lose their jobs, have no way of sustaining themselves, and be robbed at knifepoint when Sassa grants came through while children had no access to internet learning like some of their classmates. And of course, Karen and Brett would want to go running, claiming how unfair everything is while not paying their domestic workers. Watching it all unfold from 15 000km away has been surreal.

The camaraderie has been incredible. Starting with memes on Facebook, which has been our only real source of connection to our world, to the WhatsApp pictures of baking in the oven and pineapple beer brewing in a vat in the dining room. Posts about Uncle Cyril’s mask fumble and posts of him being hailed a hero (I have my issues with this, but let’s not go there just yet). Jackson Mthembu’s “vibrator” gaffe and collectively rolling our eyes at Cape Town being the whitest white that ever could white. The sense of togetherness in middle-class South Africa has been a beautiful thing to see. Our weekly Zoom parties with our friends back home have been a funny and somewhat sobering exercise in rationing alcohol, playing Cards Against Humanity, and bringing ourselves together; something we never really managed to do since graduation years ago.

On the other hand, it’s been depressing to see how lockdown has affected the country’s most vulnerable. We’ve heard first-hand accounts of police brutality, abuse of power by SANDF, and unequal application of the law in black and white areas. From Zelda Le Grange’s psychotic tirade as to why she had to fire her staff (she didn’t have to) to runners at Cape Point last week, the affluent have had this lockdown pretty easy by comparison to domestic workers and such who rely on the middle-class for their income. It’s not been pretty. While white folk continue to have inconsequential tantrums over walking their dogs and being able to surf (Yes, I am looking at you, Cape Town), the draconian violence towards black folk continues to go on without so much as a squeak from the people who hold the most power. If anything, it’s nasal complaints from every Karen about how crowded the township shops are on payday. On top of it all, gender-based violence has increased exponentially since the beginning of the lockdown, with more than 87 000 cases. While this scourge knows no bounds, most of these cases have come from townships.

From afar, it’s been so much clearer than when we were at home. As much as we’d like to seem like it’s all warm and fuzzy and we’re all in this together in our painful lack of cigarettes and Four Cousins, the divisions in our society are stark. No. Not everyone is in this together. Some are painfully alone and some are facing the barrel of a gun whenever they go to the toilet. What being away from it all has taught me is that the cognitive dissonance has to stop. Now. And it’s not going to until people check their privilege and realise that 90% of the country isn’t going jogging. They’re just trying to survive.