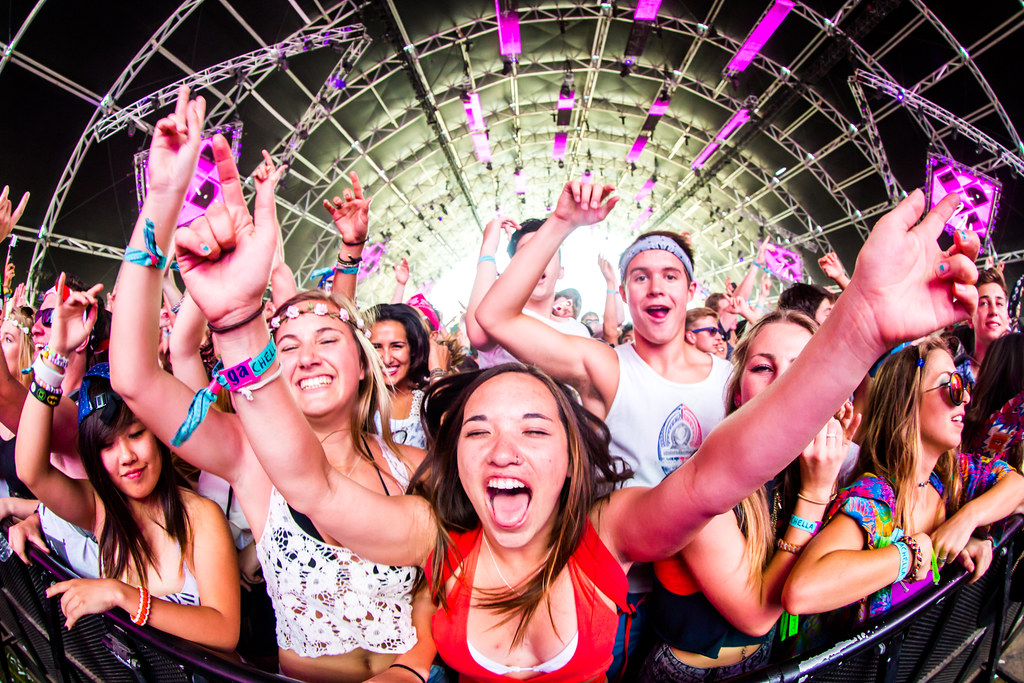 This year marks the 158th anniversary since slavery ended in the US. And brown people are still fighting for freedom. Five black men in the US were lynched in late June, in crimes reminiscent of an 1800s tool of terror, intimidation, and control. In direct response to #BlackLivesMatter, we are seeing KKK-esque proclamations of control. While closer to home, we have people rallying for the preservation of whiteness as we knew it pre-1994.

Most recently, it was apparent in a clip from John Steenhuisen’s interview with SABC anchor Flo Letoaba that went viral after she asked which South Africans he spoke for. His response was typical; shout down the person challenging him, louder and with more aggression. He held an air of whiteness that could not be challenged. Especially by someone black. Especially by a black woman. And he is not being held accountable for this whiteness.

When we talk about whiteness, we are talking about when white people perpetuate the systems that oppress people of colour, not challenging them, and uphold them as almost sacred. As if white standards of life are the only acceptable standards of living.

Whiteness comes in many forms, and while the likes of Steenhuisen and his puppet master Helen Zille are easily identifiable, the scourge of it is mostly beneath the surface. The whiteness that allows for people like Central Park dog walker Amy Cooper to have gotten away with calling the cops of Christian Cooper in Central Park had the entire incident not been filmed. She weaponised her whiteness to deliberately put a black man’s life in danger. He was smart to have whipped out his cellphone to show the world the truth, which would have been an impossible task had he not. It was a white woman’s word against his. He was … lucky … so to speak.

Unlike the approximately 100 black people who were massacred in Ellenton when Lucy Foreman Harley claimed she was attacked by two black men in 1876. Or a white girl’s screaming that sparked the 1921 Tulsa massacre. Not many outside Black America have heard the story of how white men lynched every black person after Fannie Taylor, a white woman, claimed to have been attacked by a black man on New Year’s Day, resulting in the 1923 Rosewood massacre. Joe Coe’s lynching, while police officers watched, has been forgotten after a five-year-old said he assaulted her, after which the lynch mob was not prosecuted and pieces of the rope used to kill Coe was sold at auction as souvenirs. The Exonerated Five only got public recognition after the chilling Netflix series, When They See Us. Yet none of the whiteness is called to account.

Then a white man held his knee down on George Floyd’s neck. The world has erupted. The past few weeks have seen protests like never before. Across all 50 states. Statues have been taken down in England and updated for historical accuracy in Belgium. Mexico, Canada, Brazil, Australia, and New Zealand have joined in the protest action. South Africa has finally acknowledged the death of Collins Khoza and others at the hands of the SANDF. Police reform is happening all over. History is being rewritten. It may be too soon to call this a revolution, but it has the makings of one.

While it feels powerful and right, whiteness is still not being held accountable. White individuals, yes. Whiteness, no.

We are also seeing independent schools in South Africa being openly incriminated in racist rows and incidents dating back to the early 1990s. Former and current students have put together lists of happenings, naming specific teachers in some cases, demanding their schools address the racism problems they have in and out of the classroom. From St Annes to Hilton, no school has been safe from this wave of arraignment. Bishops students have put together a list of non-negotiable demands. Some schools have agreed to open dialogue about racism, but some – like St Dominic’s Catholic Girl’s School in Boksburg – have doubled down, almost threateningly too, with their requests to stop outing racism. Marist Brothers Linmeyer even sent a message to its students asking them to stay neutral and keep their opinions to themselves.

Independent schools are privately governed. They are private companies and though they are governed by law and bound to corporate governance, ethics, and ethical leadership, there exists a glaring gap in the accountability department. The whiteness at the top has not heard these students, or have brushed their complaints off as being too sensitive or excused the actions of white teachers and students as being just another thing that happens in school.

Although the bust of DF Malan has been removed from the school named after him, it paints a picture of selective memory in white people who hide behind history to keep old white dogma perpetuated in the raising of the next generation and to inculcate these values in communities where people of colour are specifically excluded. Let me not get started on Brackenfell.

Amid all of this, we have whiteness crying for ‘peaceful protest’. As if slavery was peaceful. As if apartheid was peaceful. As if centuries of breaking the psyche of the black body they used and abused, again and again, was peaceful. When a white woman can cry police brutality and get all the media attention when the SAPS told her to stop doing yoga under lockdown, but SANDF and police can kill 11 black men without so much as a peep from the majority of white South Africa. Or when white South Africa yell “black on black violence” as Ramaphosa nonchalantly says, “They [the police] let their enthusiasm get the better of them.”

The rhetoric that leads to this is astoundingly commonplace. It’s all around us every day. We’ve been saying it. The biggest threat we have in the world is white supremacy. It always has been. When Karens all over the world threaten suicide over being called Karen while black people have been called actual derogatory names for centuries, whiteness chooses to focus on black retaliation rather than the actual crime. And then invoke the non-violent histories of Martin Luther King Jr, Rosa Parks, and even the anti-black racist Mohandas Gandhi to vilify rioters.

Sorry, Karen. You killed MLK anyway *and* got Colin Kapernick fired when he protested peacefully. You’re not allowed to bring up history you actually know nothing about.

Whiteness emboldens white people to unscrupulous entitlement toward things that intrinsically belong to people of colour. Appropriation and misappropriation of culture, art, language, and traditions. The brazen looting, theft, and retaining of historical and sacred artefacts that belong to our countries from which the thieves benefit financially and culturally (I’m looking at you, Lizzie). The constant entitlement toward our hair, fetishising our skin and discarding our bodies when they are done. The exploitation of our emotional and intellectual labour to tell them how to dismantle a system they created only to be told that we’re doing it wrong. And the hijacking of our movements to make it about them when they say “all lives matter” or “what about farm murders?”

When the first statue of a racist white person came down in South Africa in 2015 during Rhodes Must Fall, white South Africans took to their keyboards to demand history be restored. As if they couldn’t read about their history in a book. Not understanding that keeping a statue of a bad human is akin to glorifying their acts. Five years later, a statue of Edward Whatshisname – who enslaved and sold hundreds of black people – was brought down in Bristol, England, and the conversation is much the same as if history is woven into the fibres of the structure itself. As if people can discuss history with the statue and can hold history classes around it while it speaks. Perhaps they’re waiting for it to come to life. White people are crying reverse racism (as if such a thing exists) and claim that history is being destroyed. Sigh. A statue is not a historical tool and they are rarely used to teach history. Once a statue is taken down, the person is not forgotten.

Still know about Hitler? Yes? How, when his statues have been removed? That’s right. He’s still a historical figure and in every history book, in museums, academia, and in documentaries. I went to the Holocaust museum at Auschwitz-Birkenau in Poland. Although it was a mere shadow of the nightmare that it was during the 1940s, it was terrifying. The names of the dead have been long forgotten but the names of their murderers still linger in history. No statues are needed for us to remember it. But we also need to remember that when people pulled down the statue of Saddam Hussein, the west rejoiced in the act of freedom from tyranny. But when black people want to pull down statues of those who oppressed them, it’s called damage to public property and erasure of history.

People whose ancestors wiped out entire cultures and histories are honestly going with, “You’re wiping out history by toppling a statue”. And then they shout that protestors go through the proper channels to affect change; when they control the “proper channels”. That whiteness is toxic. As is the fact that Cecil John Rhodes is still buried in one of Zimbabwe’s holiest sites, his hatred for black people sullying the land that they worship, and the thought that racism ended in 1994 and Nelson Mandela fixed everything.

Let’s not forget that in 2002, the current Prime Minister of the UK, Boris Johnson said that the problem with colonialism was that it ended and dismissed Britain’s role in slavery. He said, “The continent may be a blot, but it is not a blot upon our conscience … The problem is not that we were once in charge, but that we are not in charge any more.” Johnson insinuated that without colonialism, Africa would never have become civilised, a sentiment echoed by Helen Zille. As long as people of colour are subject to symbols and institutions that cling to a colonial and enslaved past, we are living under whiteness and its deeply damaging effects generation upon generation.

In his dying moments, George Floyd called for his mama and the world began to burn. But too many white people who argue for that cop’s right to kill an unarmed man, Amy Cooper’s right to call the cops in Central Park, Steenhuisen and Zille’s vitriolic defence of colonialism, apartheid, and white supremacy, the retention of the police as they are, the keeping of statues, and the unquestioning adherence to schools’ racist codes of conduct, are telling us that whiteness must be preserved. That whiteness is what we should aspire to. That adhering to whiteness is what will absolve us of the sins of our skin. It’s the same whiteness that gets mad when we kneel, when we march, and when we riot.

Until the roots of whiteness are pulled out, we will be fighting a losing battle. We need to tear down these structures. Until that is possible, we will always live in the shadow of their statues. To that I say, burn it all down.