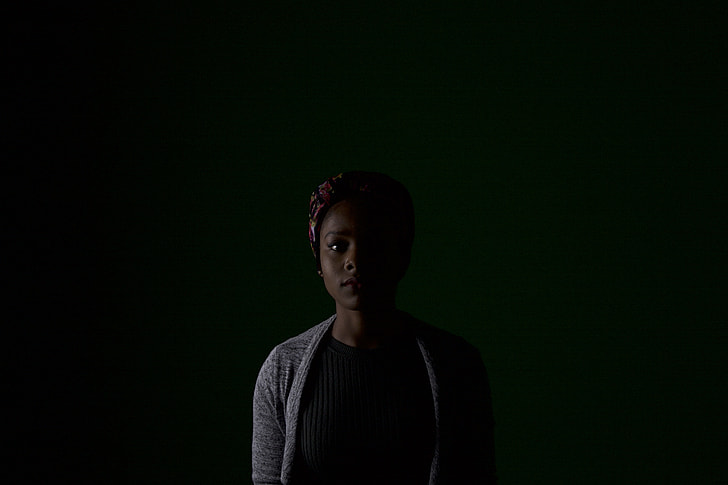 From eco-friendly soap to reusable cutlery, sustainable products are overwhelmingly marketed toward (and in most cases bought by) women. When we look at the history of the “reuse, reduce, recycle” movement, women have been at the centre of it, being the ones to remember about the cloth shopping bags, making sustainable choices in kitchen and bathroom products, and ensuring the children are making those choices in their everyday consumption, too. The problem is (aside from the domestic chores constantly falling onto women, which is a discussion for another day) men tend to absolve themselves of responsibility by saying, “But it’s what was in the cupboard!”

In the face of environmental challenges, we often turn to the homemaker for these kinds of decisions for everyday changes in sustainable living. The majority of green products are, sadly, marketed at women for the simple reason that women are not only more powerful consumers but also disproportionately responsible for the domestic sphere. “My partner, who is doing his MSc in sustainability, doesn’t even know when the dishwashing liquid gets replaced or what brand we buy,” says a student at the University of Borås in Sweden. “He wouldn’t know a green option from one that contains ammonia if it hit him in the face.” And this seems to be the response of many women, who find themselves becoming increasingly responsible for greening the home.

In a 2018 report, Jack Duckett, a senior consumer lifestyles analyst, said women “still tend to take charge of the running of the household”. But “with eco-friendly campaigns and product claims largely aimed at [women] audiences”, advertisers are essentially saying that sustainability is women’s work, aiming none of these products toward men.

Genderised sustainability is not new. There have been several studies that have shown men litter more, recycle less, and leave a bigger carbon footprint than women. Studies have also attributed to what are considered to be female traits such as empathy, care for others and the environment, giving, and the ability to adapt to change – attributes that all lean towards changing learnt behaviours and habits toward reducing one’s carbon footprint. A USAID Green Invest Asia study has shown that 63% of women are reducing their energy usage and 56% are recycling at home. However, this is just the tip of the iceberg. Women are looking to make systemic changes as consumers, investors, and employees to help the environment.

Some blame marketers, who are said to take the lazy route in making green product marketing a soft commodity. The paper, Is Eco-Friendly Unmanly? in the Journal of Consumer Research, sets out to explain the gender gap in green behaviour and aimed to find the psychological link between eco-friendliness and prescribed femininity.

The research states that the problem lies not with men but with marketers who are not making products enticing to men. It says the key to encouraging men to make sustainable choices was to make these products more masculine – or ‘men-vironmentally-friendly’ – using fonts, colours, and wording that would appeal to societal gender constructs of masculinity. The bizarre notion that men have to be codled into saving their own planet by wrapping things in man-sized, rugged, blue and green aside, femininity and sustainable living have come to be linked by all genders. This absurdity is mostly what puts off men from doing it. The study says that “men may be motivated to avoid or even oppose green behaviours in order to safeguard their [masculine] gender identity.” A ridiculous notion that not only enforces toxic gender stereotypes but tries to absolve men of their role in placing the chore on women’s shoulders.

One study has suggested “gender-bending” in marketing, purchasing, and usage of products to counter the genderisation of products and expectations thereof. The study found that men might be disinclined to carry reusable shopping bags, recycle, or do any pro-environment activity that is gendered as feminine for fear of being perceived as gay or effeminate. And it is well established that men doing grocery shopping is seen as doing a favour for their wives, and being given lists with pictures for fear of them “messing up”. There is even a stock photo library category for ‘Men confused grocery shopping’, while the same is not true for women, who are shown in stock images as confidently walking through a supermarket, not needing a list at all.

The psychology behind this shows that greening everyday life comes at the cost of women having to bear yet another emotional load and unpaid labour, over and above the expectation of having to be the perfect wife, mother, homemaker, and employee. As is, women’s jobs don’t end when they clock out of the office. Women are mostly responsible for caregiving, household chores, family engagements outside of the home, random chores like buying gifts, and remembering everyone’s birthdays and when her head that hits the pillow at night, it’s already full with the next day’s schedule, lists, and chores.

Jess Zimmerman, a writer on emotional labour for The Toast, says even her own egalitarian husband takes for granted that “I’ll arrange all social events involving other people, maintain familiar relations with our families, and be open and [supportive] to him. But he’s not responsible for inviting his mom to Mother’s Day because that’s my job.” Sociologist Rebecca Erickson found that not only was the brunt of emotional-related work is linked to gender construction, not biological sex. Women’s increased propensity to engage in emotional work is about their gender and the position that they have served in the family and society. Thus the same thinking followed suit when sustainable living started to become a market to tap into, the natural gravitation for marketers was to assign that labour to women.

Until we change this by force, the best way to alleviate the stress of emotional labour is to become clear on boundaries when it comes to how these prescribed roles are distributed within the home. A tote bag does not have a gender, no matter how much a man whines about it.