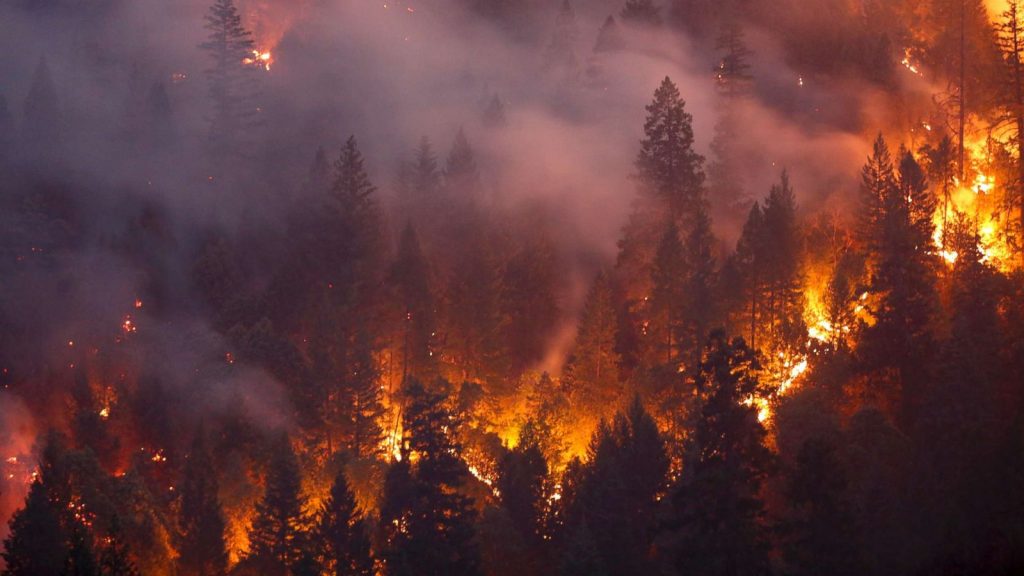 With the recent eco-political climate becoming so volatile due to both climate change denialists and large industries refusing to acknowledge culpability, as well as young activists like Greta Thunberg and Autumn Peltier taking the lead on climate change activism, there is a lot of information at odds with each other being punted by all sides. But possibly the worst of the polarising misinformation came when BP popularised the term “carbon footprint” in the early 2000s.

The company unveiled its carbon footprint calculator in 2004 so anyone could assess their responsibility for global warming. Now, in 2020, the term has become as much a part of our daily language as any other term we use in passing. It’s become trendy for brands to latch onto, a selling point for eco-friendly items, and a guilt trip for the active consumer. And to some extent, it erases culpability from the real perpetrators of climate change; big industry.

It’s no secret; BP was so clever to place the guilt onto individuals who are constantly being encouraged to be lighter on the environment, bypassing the responsibility of the 100 companies responsible for 71% of global emissions. But realistically, what can we do about those 100 companies? Petition? Knock on their doors and hope we don’t get arrested? Sit on parliament’s stoep hoping to get climate change law signed into action? Change seems somewhat hopeless and a long way from now. Some scientists say that green living often focuses on small changes while ignoring these big hitters who make the real dent in the ozone layer. And yes, it’s true.

A handful of producers of fossil fuels could affect significant systemic change in carbon emissions, according to The Carbon Majors Report. Pedro Faria, technical director at environmental non-profit CDP, who published the report in collaboration with the Climate Accountability Institute says, “Fossil fuel companies are also going to have to demonstrate leadership as part of this transition. They owe it to the millions of clients they serve that are already feeling the effects of climate change and to the many millions more that require energy for the comfort of their daily lives but are looking for alternatives to their products.

“We should all be conscious of our shared responsibility, which implies learning from the past while keeping our eyes on the future, internalising our stewardship responsibilities, and acting upon them together to ensure a more sustainable world.” The report found that more than half of global industrial emissions belong to a mere 25 corporate and state-owned entities. The scale of historical emissions associated with these fossil fuel producers is large enough to have contributed significantly to climate change, according to the report.

It is completely irresponsible for large businesses to be making it the Individual’s duty to reduce carbon emissions alone. Your average person is statistically blameless in the creation and maintenance of seemingly inevitable climate change. It is a planetary-scale threat and requires reforms of the same scale that can only be implemented by governments and their stakeholders to enact legislation that not only compels industry to act sustainably, but that enables the public to do the same in affordable ways.

But it doesn’t mean we, as laypeople, should do nothing.

By each individual changing consumption patterns, we are collectively able to influence companies to change their production patterns to more sustainable methods and outputs. Although the power of consumers pales in comparison to that of corporations, the collective “we” have a lot of power in keeping these industries in check. Even a small action like eradicating junk mail from an inbox can help. According to Tim Berners-Lee, creator of the world wide web, every spam email – even if we don’t open it – releases an estimated 0.3 grams of CO2 into the atmosphere. A single email could be responsible for up to 50 grams, with carbon emissions from the energy used to operate computers, access the internet, storage, and transmission of information. Spam messages are responsible for 54.6% of all emails worldwide. So imagine if we all just got rid of our spam?

It’s not only the large conglomerates that are to blame. The wealthiest 10% of the global population is responsible for 50% of emissions and plenty of that will be due to flying, plastic-rich ‘convenient’ lifestyles, rampant consumerism, gas-guzzling cars, and unsustainable daily life choices. If these individuals make better and more sustainable choices, the collective ‘“we” is even stronger in the face of industry. Oxfam estimated that the average carbon footprint of a single person in the world’s richest 1% could be 175 times that of someone in the poorest 10%. Being a high-income consumer means they are likely to afford more climate-friendly products or produce, and high-income individuals also have the resources to create a market for more sustainable goods. Should these people choose individually to make a difference, the results would be noticeable and more likely to shift global opinion and investments.

No matter how much we point fingers at large industries, it’s the consumers who demand the fossil fuels that these companies provide. The companies do shoulder responsibility for their product, especially in lobbying in favour of the carbon economy, but some of it ought to fall on individuals, households, and small businesses that continue to buy into wasteful or eco-unfriendly services and options, be it out of convenience or cost. We all have to do our part and make the effort as best we can instead of playing the blame game. After all, it is our planet, which we share, and we are all responsible for it.