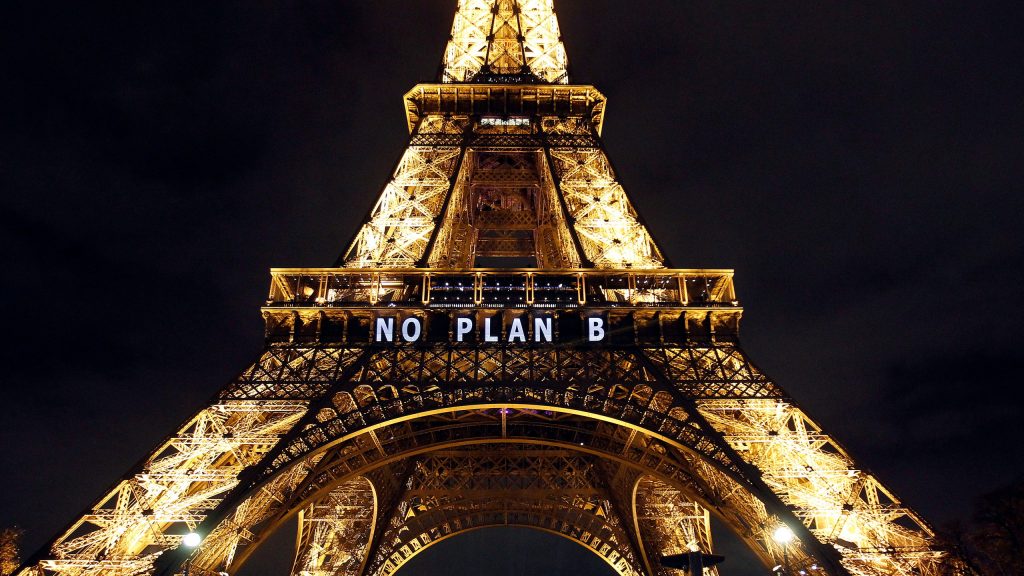 What is the Paris Agreement?

The 2016 Paris Agreement that was entered into by 196 countries is, in its essence, an accord that aims to limit global warming to well below 2°C, preferably to 1.5°C compared to that of pre-industrial levels with nationally determined contributions. While the agreement is good in theory, the reality of its execution is far from ideal.

The contributions are each country’s own pledge, which has been catered to their own capabilities and concerns. The ambitious accord runs on a five-year cycle of climate action carried out by signatories such as the US, UK, South Africa, and Norway. By 2020, countries submit their plans for climate action known as nationally determined contributions require radical socio-economic transformation on behalf of all parties and the agreement is meant to be a political driver for environmental change where all are held accountable for their actions – or lack thereof. While this is a huge undertaking that can be seen as admirable on the part of all who signed the agreement at COP21, it is not without issue.

The first major hurdle is that the signatories aren’t acting fast enough to forestall the climate crisis. Scientists at the 2019 World Climate Conference have collectively agreed that despite 40 years of global climate negotiations, with few exceptions, the world has generally conducted business as usual and has largely failed to address the climate crisis. In a report, more than 11 000 scientists signed off on research stating critical mass has arrived and is accelerating faster than most scientists expected, and world leaders are not doing nearly enough with sufficient urgency. The fact that the US – one of the world’s largest contributors to global warming with 15% of global greenhouse gas emissions – recently attempted to remove itself from the Paris Agreement shows the lack of gravity that is given to the issue.

The harsh reality is, the longer countries stall, the steeper the necessary emissions cuts become. Climate change action needs to be massively increased to achieve the goals of the Paris Agreement and of the world’s top emitters – China, the US, the EU and India – only the EU is on track to cut its emissions. China and India are expected to meet their Paris pledges but both countries’ emissions are projected to rise so substantially that those goals are essentially going to be insignificant. Adding to this problem, therefore, is that the pledge itself is insufficient. Some scientists say that even if the countries in the Paris Agreement honour their carbon reduction commitments, the Earth’s temperature will still increase by 3°C by the end of the century, well above the 2°C that would mean climate catastrophe.

A lack of transparency

Each country’s pledge, while within means for some, may not be as ambitious as they appear, a 2019 study showed. The Paris Agreement takes a bottom-up approach to tackle climate change, with countries submitting pledges in the form of nationally determined contributions to greenhouse emissions. However, researchers reveal a lack of consistency and transparency between the various commitments. The study found that only North America and the EU were aiming for long-term solutions and absolute reductions in emissions, and the lack of transparency in how these signatories would honour these pledges is concerning. While the document establishes a framework for global climate action, including the mitigation of and adaptation to climate change, transparent reporting, strengthening of climate goals, and support for developing nations has been severely lacking.

For example, the Norwegian government says it is taking some big steps, but it still has a way to go. In February last year, the country submitted its extended target, which aims to reduce emissions by at least 50% and towards 55% by 2030. If the EU’s enhanced goal sets a less ambitious target than Norway, the government intends to achieve the difference between its own target and that of the EU through voluntary cooperation under Article 6 of the Paris Agreement. The climate action tracker has rated this target as “insufficient”. Meanwhile, The COVID-19 pandemic has exacerbated South Africa’s health, social, and economic challenges, and is currently facing the fifth-highest COVID-19 caseload of all countries worldwide. This has slowed down focus on carbon-intensive investments and prioritising a green recovery has taken a back seat. Other signatories – especially poorer ones – are finding themselves in the same position, with the exception of the US, which has had a rough past four years even without a pandemic.

Having a long-term temperature goal, a net-zero emissions objective for the second half of this century, and a recommendation to peak global emissions as soon as possible do not give enough guidance to plan reduction efforts. There are no set targets, such as a percentage target of renewables to replace fossil fuels, and a half-measured approach to regulating how much fossil fuels can be used when we know that 80% of current reserves must stay in the ground in order to limit climate change sufficiently. Signatories prefer this loose target over full decarbonisation or even a percentage of global greenhouse gas reduction by 2050 as it would decrease culpability should the targets not be reached.

Some negotiators spoke publicly that the pledges were conservative in 2015 and therefore were easy to increase – or decrease. This was mainly due to the lack of time in preparing them and the lack of economic analysis on the part of the UN and the accord’s signatories. Even though there are legal provisions regarding no backsliding of future national mitigation plans and a set of rules to follow when submitting them, they are only indicative and are not part of a legally binding mechanism with an international court of justice and other legal measures. The voluntary nature of the deal creates too much uncertainty and leaves space for race-to-the-bottom dynamics as soon as one country with enough power will decide not to comply.

Which leads us to the issue of accountability, of which there is none. As mentioned before, former US president Trump requested to withdraw from the accord but thankfully, that was undone on President Joe Biden’s first day in office. However, there was nobody holding the US accountable for their pledge. It was as if the world collectively rolled their eyes, shrugged and said “Ah, Trump,” and went back to what they were doing. Even before the first deadlines, there was the question of who should hold states to account for how they live up to their commitments made in Paris and beyond. The provisions for formal mechanisms for states to hold each other to account within the agreement are weak at best and the reluctance to voluntarily subject themselves to strong compliance mechanisms under international environmental law is telling.

Gaps in the contribution pledges

Moreover, the agreement ignores a hugely important source of greenhouse gas emissions; those from aviation and shipping, which create about 10% of current global emissions and are foreseen to rise to 20% of total emissions within the next decade. In a desperate but uncoordinated manner, the EU tried throughout 2015 to bring this issue back to the table of negotiations but failed to convince most countries to integrate them as the nature of nationally determined contributions means each country gets to include or ignore what they will.

The futility of the agreement is evident in the continued flouting of its aims. In the years since the agreement, global emissions have risen by approximately 4% and in 2019 alone, emissions from all fossil fuel sources increased. We haven’t even reached the peak in carbon emissions. Basically, the Paris Agreement is giving us false hope, in perhaps the most sinister aspect of it all. Politicians and industry leaders celebrated the agreement and patted each other on their backs for this monumental step toward addressing climate change. But … it’s not. It’s a way of placating the environmental activists and giving the public the false perception the problem is being solved and we don’t need to do anything else about it. Essentially, it’s lip service. Window dressing, if you will.

Research makes clear that the cost of climate inaction far outweighs the cost of reducing carbon pollution. One study suggests that if the US fails to meet its Paris climate goals, it could cost the economy as much as $6 trillion. A worldwide failure to meet the demands of the agreement could reduce global gross domestic product by more than 25% by this century’s end. Meanwhile, another study estimates that meeting the goals via infrastructure investments in both clean energy and efficiency could have major global rewards in the region of some $19 trillion globally.

Because the Paris Agreement doesn’t have harsh penalties for countries not meeting their targets, it needs to have a more robust system of monitoring, reporting and reassessing individual and collective country targets over time in order to move the world closer to the broader objectives of the deal. The contributions need to be more stringent and adherence needs to have much more urgency. Should we not act soon, day zero will be unavoidable.

However, this international process is not the only solution. Governments cannot deal with this global challenge alone and we all must act at every level to ensure a real ecological and socially just transition everywhere and in every sector.