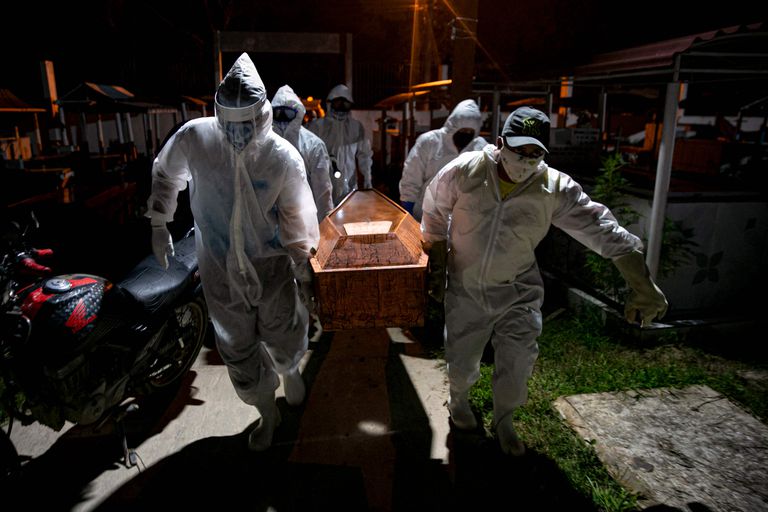 As the world moves into further lockdowns to combat even further spread of the coronavirus, Africa’s social, political, and economic resilience is being heavily tested. The pandemic has not only forced African states to plug the holes in their health systems but has brought into stark light the harsh reality that while the world moves forward in remote working, e-commerce, and focus on local production, previously colonised and developing nations such as those in Africa have a long way to go. This means Africa, as a continent, could be left behind should industrialisation not extend to remote and rural areas, even when the vaccine becomes prevalent on the continent.

In September 2020, South Africa’s President Matamela Cyril Ramaphosa urged that Africa not be left behind when a coronavirus vaccine is developed. Speaking at a council meeting of a World Health Organisation initiative aimed at speeding up the development, production, and distribution of a vaccine, Ramaphosa said the world would not be able to achieve universal health coverage if a vaccine is only available to wealthy nations. “It is essential that humanity should have a sense that if and when a vaccine is developed, all countries, including my own continent, Africa, should benefit and not be left behind,” he said. “Humanity requires that a vaccine should be regarded as a public good to benefit all. We cannot achieve universal health coverage when a COVID-19 vaccine is available only to countries that are well-resourced.” Though we are already seeing this in the fact that the first world is surging ahead in its vaccine rollout while African countries are still awaiting shipments.

At the meeting, Rwanda’s President Paul Kagame said the difference between success and failure lies in building a robust public health infrastructure that can confront any health issue in a sustainable manner, adding that solid health systems are essential. This has brought into question the way in which healthcare operates across the continent and that its leaders will have to find new balances for individual and collective behaviour in a continent that is highly reliant on community and cultural adherence. There are issues of access to already overstretched health services, the efficacy of these services, and capacity at facilities among myriad health-related issues much of the continent faces.

Earlier this year, Human Rights Watch interviewed African health experts, including pathologists, epidemiologists, and public health officials who said inadequacies in resources are due to insufficient government investments in health, which in turn affects the ability of health workers to fulfil their duties, and this is exacerbated by the pandemic. Lack of access to testing is a large hurdle that is damaging efforts to save lives. While many African countries have responded to the pandemic by enacting swift measures to slow the spread such as hard lockdowns, strict curfews, and tightly-controlled travel and even limited access to basic amenities such as police services, many of these countries also lack the capacity to test for COVID-19 and end up isolating people with confirmed or suspected cases and treating only those with severe cases that require hospitalisation. In rural communities – which make up much of Africa’s population – access to clean water is an ongoing problem. In a time where the washing of hands is being touted as the first line of defence, rural residents are lacking in this basic protection and are therefore more vulnerable. More alarmingly but not surprisingly, medicine and basic health care are less likely to be accessible to rural people who catch the virus.

Dr William Hanage, professor of epidemiology at Harvard, says the concerns with Africa are that the lack of testing means there is little secure understanding of the true numbers regarding the infection. Professor Thumbi Ndung’u of the African Institute for Health Research said in April, “Without a better understanding of the way the virus operates – such as the immunological or genetic factors that may protect some people – it is impossible to say how severe the impact of Covid-19 will be on the continent.” He pointed out that the continent does not have the hospitals, the ICUs or the ventilators to deal with massive amounts of [infected] people so the numbers rising to those of Europe and China would be devastating. This is not only for the continent’s shaky public healthcare systems but for the population and its social and economic infrastructure as well.

“There are low-capacity governments, a lack of health facilities and a risk that health providers will come down ill,” Berkeley economist Edward Miguel says. “And this comes at a unique moment, where the international community won’t have the capacity to help, in the short run, because the rich countries are dealing with their own problems” related to the pandemic. To exacerbate the situation, there exist many informal settlements such as townships where millions of people live in crammed, makeshift houses characterised by burst or broken sewage pipes, little to no running water, illegal electricity connections, and unsanitary living situations. In these cases, telling people to stay at home or to social distance is not just callous but asking the impossible when one family has to share a single mobile or drop toilet with ten others.

Looking at these kinds of living conditions and the current economic climate, there is a real risk that Africa’s inequality gap will worsen in the coming years. Earlier this year, The African Development Bank estimated that the continent will lose between $35 billion and $100 billion due to drops in raw material prices while the World Economic Forum projected global losses for the continent to be in the region of $275 billion. South Africa’s economy has shrunk by over seven percent and the country’s debt has exceeded 100 percent of its GDP since June this year.

The most marginal and poor groups have been suffering the most,  among them, rural women and young people. School closures meant no classes due to a lack of access to online learning and the need to care for sick family members increased the workloads of women, who in most cases bear the burden of duties in the home regardless of economic and job status. Many women have already suffered unemployment, as their work is more likely to be under informal and precarious working conditions such as domestic work and housekeeping. By the end of June, more than 250,000 domestic workers had lost their jobs because of the lockdown in South Africa. Stories from these women show a devastating lack of protection from the government and how the uncertain nature of informal work, which is prevalent across Africa, affects even the most dedicated of workers. Many who were fired at the beginning of the lockdown didn’t get severance pay, benefits from the unemployment insurance fund, or so much as an acknowledgement from their employers. This inequality is divided along racial lines and is characterised by severe abuse and exploitation.

Similarly, young people, who have greater difficulty than older adults in finding jobs, have become excluded and disenfranchised by the frail economy in many countries on the continent. North Africa had the highest unemployment rate in 2019 at 12,1 percent, and the lowest employment to population ratio in the continent, with a 29 percent youth unemployment against 13 percent globally. While “youth skilling” and “re-skilling” has been suggested and private sector urged to increase job creation, many incubators and private companies have already slashed salaries and retrenched hundreds of employees if not shut down entirely due to low production, sales, and health risks.

Access to the internet is shaky at best in most rural parts of the continent and with the rest of the world moving to remote working, this left many people in the dark with the lack of internet facilities, private computers, and electricity. The schooling crisis hit hard in Africa, where up to 80% of students don’t have access to the internet and even electricity can be unreliable in remote parts of countries and rural farmland. Poverty and gender are already barriers to education. A UNESCO report this year found that remoteness, disability, ethnicity, migration, displacement, sexual orientation, religion, and beliefs create “layers of exclusion.” It’s no surprise that COVID-19 is becoming another factor in exclusion to education.

The Save the Children charity called the pandemic the “biggest global education emergency of our time” in a report published this year. Of the 12 countries it identified as having children at an extremely high risk of dropping out forever, nine of them were in sub-Saharan Africa. While some African governments have announced measures to support learning from home, many have been hindered by a lack of reliable electricity and poor internet connectivity and empty promises from governments. Uganda pledged to distribute 10 million radios and over 130,000 solar-powered TV sets, but authorities have failed to honour this, including giving a free mask to each citizen. Kenya’s primary and secondary schools will remain closed through 2020, although colleges and other institutions of higher learning can reopen in September. That means Kenyan school pupils will have to repeat an academic year, increasing the disadvantages they already face.

In a heartbreaking turn of events, Africa has recently begun to come into its own in terms of identity. On the back of cultural and political milestones in the international sphere such as the Black Lives Matter movement in the US and global calls to decolonise education, return stolen artefacts to previously colonised countries, and popular culture tackling questions of blackness and black identity, African nations have been coming to terms with what decolonisation truly means in an African context. This pandemic has unfortunately halted that journey of self-discovery and forced the continent to continue on the path of western industrialisation in order to keep up with healthcare developments and globalised business models, relegating these largely ideological issues to the back seat. The pandemic pushed as many as 12 million Africans into extreme poverty, and this figure could climb to 26 million by 2021, according to a study. Almost 570 million Africans were projected to be living in extreme poverty by 2030, however the pandemic could push this number even further up to 631 million. With endemic poverty looking so staggering and bleak, it’s difficult to justify an Afrofuturistic revolution when the west is able to flex its muscle over the continent in development of a vaccine. With the west firmly in control – as it has always been – and Africa being brought to its knees begging for scraps, it is hard to imagine a cultural reckoning gaining momentum, no matter how necessary.

While African governments have created funds to fight the disease and have invited philanthropists and businesses to contribute to strengthen healthcare systems and economic recovery, corporate donors have to answer this call in order for these plans to succeed. Looking positively, in South Africa, business owners have contributed close to $150 million to the government’s Solidarity Fund. In Nigeria, CEOs of large companies have said they will fund medical equipment and fully-equipped medical tents. The continent does need African-owned solutions that are specific to local conditions. But even in mitigating the pandemic’s social and economic impact, it means that yet again, the continent that was abused and beaten since before the 1600s is having to claw its way back again in trying to keep up with the rest of the world with less than half the resources.