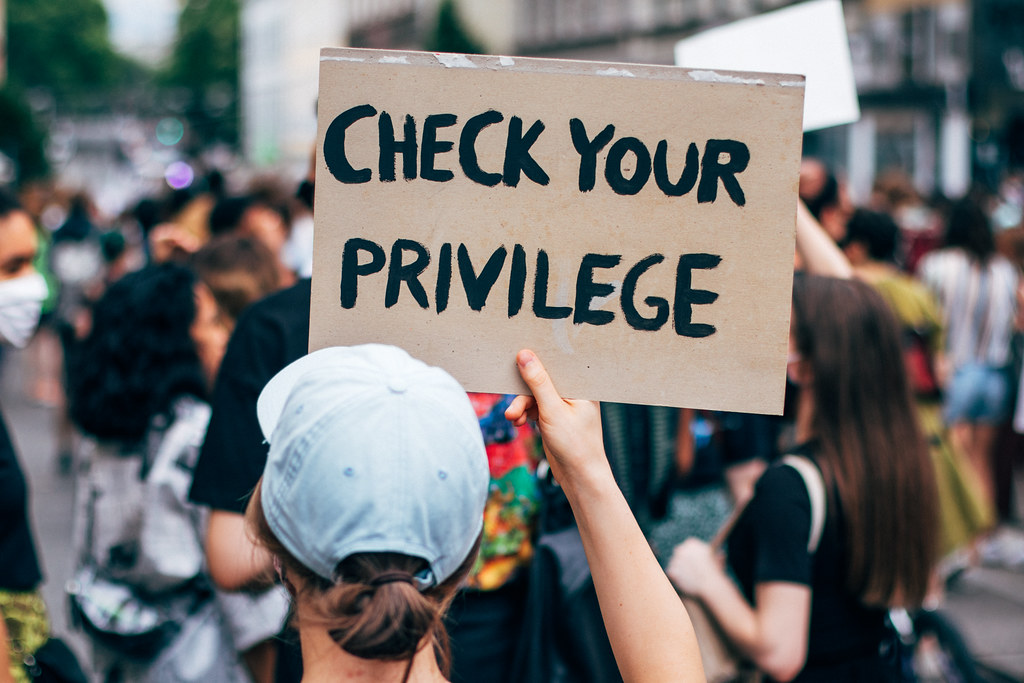 A Facebook post or tweet can get someone taken to the Human Rights Commission, to court, or fired. This we have seen time and time again where racists, homophobes, sexists, and general bigots have taken to their personal pages to lash out against their intended targets, thinking they’re shouting into an echo chamber until someone who doesn’t quite agree takes a screenshot and they go viral, being forever branded as that guy who said such and such on social media. We feel a sense of schadenfreude when this kind of thing happens and going to someone’s employer is often the first port of call when reporting any sort of transgression online.

South Africans – especially them entitled ones – think that their right to freedom of expression is fiercely protected and enshrined in the Constitution but are painfully unaware of the limitations to that right. This right to freedom of speech specifically excludes “advocacy of hatred” and values human dignity, equality, and freedom as some of its tenets. Basically, you’re welcome to say whatever pops into your head but you need to answer for that, too. More often than not, these people are fired for bringing their employer’s reputation into disrepute and some argue that their social media should be seen as a private part of their lives that does not concern their employer.

However, while people like Penny Sparrow, Gareth Cliff who defended her, and Chris Hart could insist their posts were meant for their personal audience alone, the very same kind of people who will fight tooth and nail to get someone fired when they post anything in support of left-centric movements that make your average cishet white man slightly uncomfortable.

Let me tell you a bit of a personal story.

I am a freelance writer and a dedicated one, too. I support freedom for all people and enjoy the fruits of white minority capital when they employ me to write things for their magazines and websites. It’s not an oxymoron; most people of colour do this. But one day in June, shortly after getting a shoe thrown at my head by a white supremacist at the Black Lives Matter protest in Gothenburg, Sweden, I got an email from my part-time employer saying my freelance services are no longer required. No explanation. No questions. Not even a hint of “we don’t like your politics”. Just … fired. And before you ask, yes. They are.

Now, I’d be the first to blur out an unsolicited picture and send a screenshot to Brett’s employer telling them that this is what their sales manager is doing online but being fired for speaking up for human rights seems like activists are touching business owners on their studios and they are using every shred of power they have to end it. Like all race and gender relations, it’s a question of power; who wields it, who benefits from it, and who is allowed to.

Oftentimes, it’s public backlash and pressure that forces the hand of an employer to end their working relationship with a racist or sexist employee. Mostly, if it goes under the radar, it’s tolerated. However, with issues that elevate discussions surrounding matters of human rights for a marginalised group, the powers that be clamp down on it because they’re uncomfortable with the conversation, claiming that an issue like #MeToo or Black Lives Matter is either “too political” or worse – crying the mythical “reverse sexism” or “reverse racism”.

Newly-established rules about uniforms and masks have popped up when bosses have been asked to justify their decisions to fire or discipline supporters. They have regurgitated ridiculous reasons such as internal policies of no external messaging on clothing or citing company social media violations. This shifting of the goalposts is typical of how power reacts when activists speak truth to it.

In 2016, a petition called for actor Jesse Williams to be fired from his role on the hit medical drama, Grey’s Anatomy, because he allegedly “spewed a racist, hate speech against law enforcement and white people at the BET Awards”. The petition read: “If this was a white person making the same speech about an African-American, they would have been fired and globally chastised, as they should be, but there [have] been no consequences to Williams’ actions. [There have] been no companies making a stand against his racist remarks and no swift action condemning his negative attitude.” Of course, show creator Shonda Rhimes (who had fired actor Isaiah Washington after he was alleged to have used a homophobic slur in reference to fellow actor T.R. Knight) said, “Nah.” But of course, Rhimes is black and a supporter of Williams’ sentiment. Lucky thing, that.

On the flip side, actress Gabrielle Union was fired from America’s Got Talent for calling out the show’s racist jokes, racist performances, discrimination against sexual orientation, and excessive focus on female judges’ appearances, including race-related comments, despite showrunner NBC claiming to support the Black Lives Matter movement. Sticking with the ‘Got Talent’ realm, tens of thousands of people complained that the theme of the Black Lives Matter-inspired performance on Britain’s Got Talent was unsuitable for a family audience, that it was racist towards white people, too critical of white police officers, and was endorsing a political movement.

Now, we know social media posts can get you fired. Werksmans Attorneys, speaking on the subject, says a worker can be fired for inappropriate, insensitive, and racist content posted on social media even if it has nothing to do with the employer or company. Company director Bradley Workman Davies says this is because companies could face a backlash from customers, prospective customers, and other stakeholders because of association – through the employment relationship – with the social media content that employees put out. It’s irksome that the reasoning is not that bigoted behaviour is wrong, but this makes sense in the cases of Sparrow, Cliff, and even Velaphi Khumalo who called on black South Africans to do to white people what “Hitler did to the Jews”.

But being fired for supporting a movement that calls for equality seems to me like a case of touched nerves and extreme defensiveness.

We know that many white people cannot handle being called out for aparthied, racism, colonialism, and inequality. Brown folk are constantly being told to: get over it (whatever “it” is – apartheid, slavery, centuries of injustice), just work hard, and that white privilege doesn’t exist. (Spoiler alert: it does.) There are consistent and constant equations of injustice against black people to Malema’s ‘Shoot the Boer’ and destruction of property in protests. You will find – almost immediately after yet another black person killed by a white cop – a list of charges against said dead black person. If a single remotely brown person disagrees with a black-led movement against racism, white folk will use it to prove that the majority of black people are wrong. Any form of outlier black success is taken as, “They worked hard; why can’t you?” We also know that the majority of businesses worldwide are owned by white people and within these structures, people of colour are seen as being done favours for merely being in historically and supposed white spaces. Put those givens together, and it’s no surprise when white employers don’t like it when people of colour rise.

While garnering Instagram followers for posting a black square on #BlackoutTuesday with their right hand, they’re avoiding transformation in their boardrooms and punishing employees for speaking out with the left. It’s all about appearance and keeping the status quo as is behind closed doors. The old children/women/black folk should be seen and not heard adage. While having to hold protest after protest against white racism, perceived black racism is dealt with swiftly and surely with the power that only whiteness can wield.

It’s not just unjust. It’s a symptom of the world we live in – one that lets actual racism slide until brought to public attention, while die swart gevaar is still feared and has the white-owned 1% shivering in their boots so that the only solution is to squash them under it.